Mayor of London
You are here: Home > What we do > Prudential RideLondon

The world's greatest festival of cycling
Watch video on YouTube

Highlights from the 2015 Prudential RideLondon.

This world-class festival of cycling was developed by the Mayor of London, London & Partners and Transport for London to boost visitor spend in London, improve residents’ health and raise money for charity.

Visit londonandpartners.com/events to find out how we help major sporting and cultural events come to life in London.

Prudential RideLondon is a two-day festival of cycling held across London and the South East for cyclists and spectators of all ages and abilities. We devised the event in 2013 with the Mayor of London, Transport for London (TfL) and Surrey County Council, and economic impact, visitor numbers and participants have grown year on year.

The 2015 ride featured a traffic-free loop in central London, races among professionals and young riders, a 100-mile challenge for amateurs and an international handcylist contest. Beyond injecting millions of pounds’ worth of visitor spend into the UK economy, the event channels investment into London’s cycling infrastructure and encourages cycling take-up. 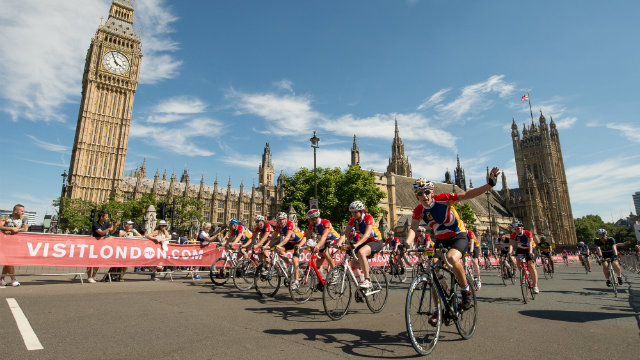 Our major events team are here to help big event organisers. If your event is world-renowned, televised, part of a world series and at an elite level, or attracts large visitor numbers then our major events team can help you bring it to London. Find out more at londonandpartners.com/majorevents

After just three years, Prudential RideLondon is firmly established as one of the most successful fundraising sports events in the world