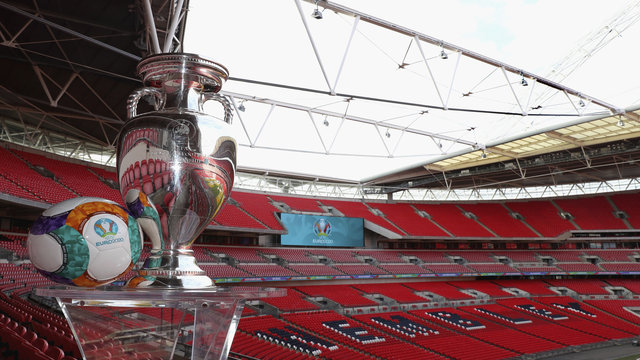 This event has been postponed to 2021.

The UEFA European Championship or Euros is the largest sporting major event in Europe.

To celebrate the 60th anniversary of the competition, UEFA EURO 2020 will be the first European Championship tournament to be held across multiple countries. London is one of 12 host cities, with Wembley Stadium set to stage seven games including the semi-finals and final.

With over 18 million applications for tickets next year’s competition looks set to break all previous records. For London & Partners, UEFA EURO 2020 presents an unparalleled opportunity to tell London’s story in a dynamic way, growing London's international brand and helping us attract students, tourists and businesses to London.

How we are involved

Event marketing through digital channels
Given the high number of travelling fans, we will play a key role in the spectator communication strategy. Through our Visit London channels we'll help visitors make the most of their time by exploring more of London and encouraging them to stay longer.

Media
London & Partners will provide a number of resources to support media looking to tell the story of the tournament coming to London.